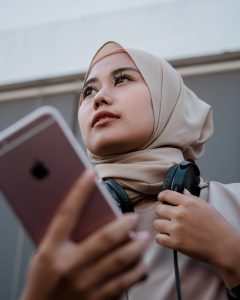 Can I REALLY have a positive result on a pregnancy test and not actually be pregnant?

Many of our patients assume that if they take a pregnancy test and the result is positive that they are pregnant. However, that may not always be the case. Let us explain.

How can you get a positive result on a pregnancy test if you are not actually pregnant? If a woman has recently experienced a miscarriage, the hCG hormone may still be present in her body up to several weeks after the miscarriage. In addition, after a woman gives birth, the hCG hormone typically remains in her body until about five weeks afterwards. Both of these scenarios could cause a false result on a pregnancy test.

Additionally, there is always the possibility of human error when performing home pregnancy tests. It is important to follow the manufacturer’s instructions. Most pregnancy tests require you to let the test set for 3-5 minutes. If the test is left beyond the recommended set time, this could produce a false test result.

The only way to confirm a positive result on a pregnancy test is through ultrasound. The ultrasound confirms pregnancy by detecting the following:

Your Options Medical offers lab-quality pregnancy tests at no cost to you. These medical-grade tests are 99% accurate, can detect pregnancy as early as 7-10 days from conception and are administered by trained professionals.

If you or someone you know have recently taken a positive pregnancy test, an ultrasound is the next step before making a pregnancy decision; it will determine if a decision needs to be made. To learn more about ultrasound, check out our blog.

284 responses to “Can I Have a Positive Pregnancy Test and Not Be Pregnant?”