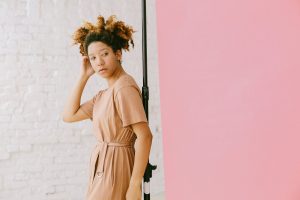 STDs (sexually transmitted diseases) also called STIs (sexually transmitted infections) are far more common than one might think. Many people think there is no way they could have an STD, when in fact without testing, STDs can be hard to detect. Most people who have an STD do not present with any symptoms at all. It is estimated that in the United States 1 in 2 people who are sexually active will contract an STD before the age of 25. This is a growing epidemic. According to the CDC (Center for Disease Control and Prevention), “nearly 20 million new STIs occur every year in this country, half of those among young people aged 15–24.”

So, how do you know if you might have an STD? Here is a list of common symptoms that may indicate the presence of an STD:

Why do you need to know if you might have an STD? There are several reasons and the first is for your health and safety. Though men are not always as affected by an STD, a woman’s body can suffer severe damage including damage to the female reproductive organs, pelvic inflammatory disease, infertility, and more.

If you have found yourself unexpectedly pregnant and you do not want to be, you may be considering an abortion. Before getting an abortion, it is critical to your health and safety to know if you have an STD. Getting an abortion with an untreated STD can cause severe infection or worse. To learn more about STDs and abortion, check out our blog Can I Get an Abortion if I Have an STD?

If you or someone you know has contracted an STD, that does not mean you are without hope! Most of the common STDs have treatments available. Again, many of these diseases and infections can go undetected if you do not have any symptoms. Talk with your doctor about getting tested and treated for STDs in order to ensure your health and safety are not at risk.